A magical visit to Chatsworth 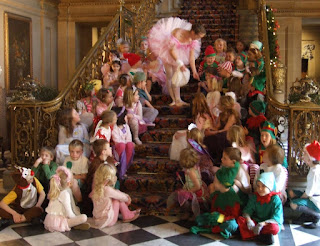 When I heard that Chatsworth was having a Russian Christmas, I was honoured to be invited to officially open the event. As I twirled around the house, I felt very much at home with other celebrated characters including Peter and the Wolf and Russian Cossacks.

I was also lucky enough to meet the children from Pilsley CofE school, who along with other local schools, (Curbar, Heath and Grassmoor) had decorated colourful Faberge style eggs to be put on display. They had even come in their own costumes including fairies, pixies and reindeers!

Thank you again for inviting me, and who knows, I may even return again before Christmas!

Posted by Chatsworth at 3:55 PM